Bernie Sanders: ‘I Am Delighted’ By Jeremy Corbyn’s Victory 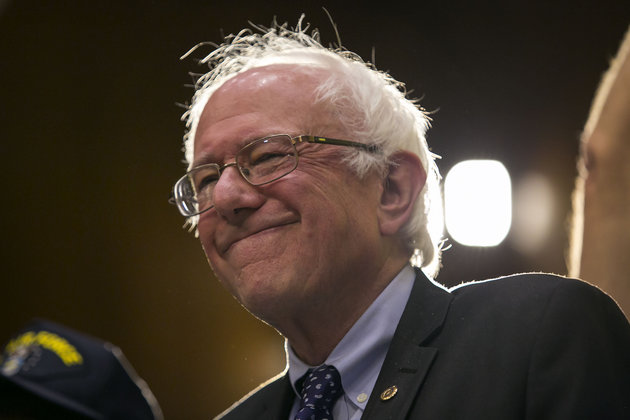 U.S. Sen. Bernie Sanders (I-Vt.) hailed the election of Jeremy Corbyn to the leadership of the United Kingdom’s Labour Party as a promising development in the global fight against inequality.

“At a time of mass income and wealth inequality throughout the world, I am delighted to see that the British Labour Party has elected Jeremy Corbyn as its new leader,” Sanders, a Democratic presidential candidate, said in a statement emailed to The Huffington Post Saturday. “We need leadership in every country in the world which tells the billionaire class that they cannot have it all. We need economies that work for working families, not just the people on top.”

Sanders’ appreciation of Corbyn is mutual. A week before his victory, Corbyn said he was following Sanders’ campaign with “great interest.”

Corbyn’s upset election as head of Labour, which makes him the de facto opposition leader in the U.K. parliament, has drawn comparisons to Sanders’ rise in the American political landscape. Like Corbyn, Sanders has achieved unexpected popularity by proposing dramatic solutions to end income inequality and reform the political process. The two left-leaning legislators also share an unglamorous demeanor.

Bigger than NFT? Permissionless decentralized identity on all major blockchains