In recent years, the strict pandemic prevention policy, the change in the political climate, the migration wave, the withdrawal of foreign capital, and other negative effects have continued to impact all walks of life in Hong Kong.

October 31, 2022, is a day worthy of being recorded in history. The Financial Affairs and Treasury Bureau of the Hong Kong Special Administrative Region officially released the Policy Declaration on the Development of Hong Kong’s Virtual Assets on October 31.

For the SAR government, Hong Kong is facing a once-in-a-lifetime historical opportunity. Perhaps this time, with the help of web3, Hong Kong can return to the throne of the Asian financial center.

Since its financial position in Asia was surpassed by Singapore, Hong Kong has been looking for opportunities to return to its position as the Asian financial center. Perhaps Web 3.0 is a good opportunity.

In recent years, the strict pandemic prevention policy, the change in the political climate, the migration wave, the withdrawal of foreign capital, and other negative effects have continued to impact all walks of life in Hong Kong.
On September 22, 2022, the 32nd Global Financial Center Index (GFCI 32) jointly released by British Think Tank Z/Yen and China (Shenzhen) Institute of Comprehensive Development announced the latest ranking. New York, the United States, and London, the United Kingdom continued to rank first and second in the global financial center index. Hong Kong lost its position as the leading financial center in Asia, fell one place to the fourth, and Singapore took its place. The latter climbed to third place from sixth place in the 31st issue released half a year ago.

The report mentioned that the continuous tourism restrictions in Hong Kong are deepening and affecting the normal business development of Hong Kong.
In particular, the political climate began to change in the middle of 2020. The UK, Canada, Taiwan, and other places set up “lifeboat” or “project” plans to enable Hong Kong residents to migrate to the local area by means of reading, employment, etc. Although officials deny that Hong Kong has a large-scale migration wave, from a numerical point of view, Hong Kong’s working population is being “nibbled”.

According to the latest data from the Statistics Department of the Hong Kong government in the second quarter of 2022, the total working population in Hong Kong is 3.7502 million, a decrease of 135,500 or 3.49% compared with the same period last year. Among them, the number of working people aged 20 to 39 has decreased. The number of people aged 20 to 24 has decreased by 14.98% compared with the same period. The number of working people in the financial industry in the second quarter of 2021 was approximately 210,000, but it has decreased by more than 10,000 so far.

The cicada effect continued, and Hong Kong fell into a long silence.

October 31, 2022, is a day worthy of being recorded in history.
The Financial Affairs and Treasury Bureau of the Hong Kong Special Administrative Region officially released the Policy Declaration on the Development of Virtual Assets in Hong Kong on October 31, which clarifies the government’s policy stance and guidelines on the development of a thriving virtual asset industry and ecosystem in Hong Kong. Among them, the emphasis on asset-backed tokens (ABT) means that Hong Kong, as an international financial center, will focus on developing such virtual asset products in the future.

After carefully reading the full text of the Declaration, we can find that the following three types of virtual assets will be legalized:

It is extremely good news for the whole blockchain world, like a “Bombshell”. 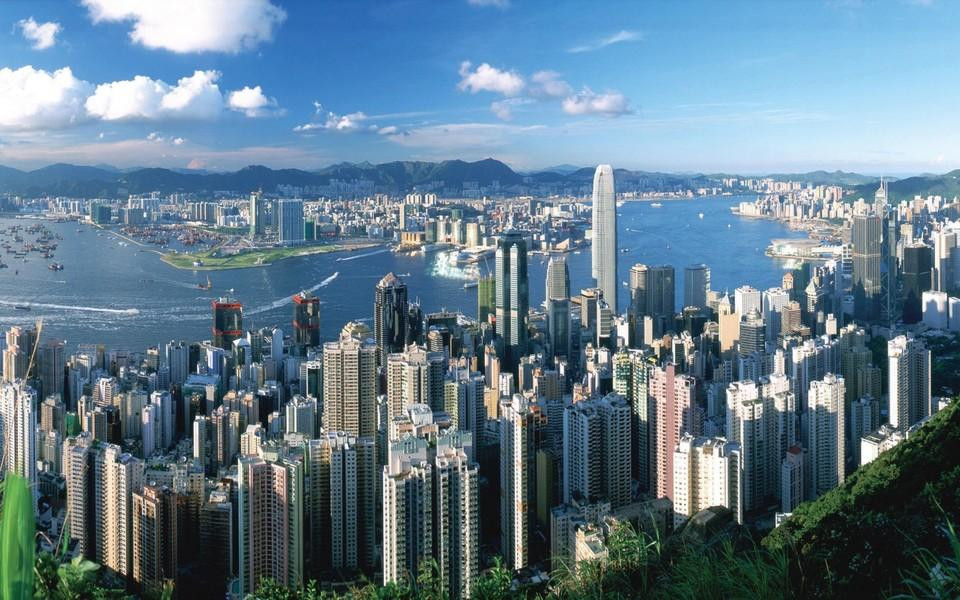 In fact, we are not afraid of supervision, but of casual supervision and the provisions without border and legal restriction.

Nowadays, Hong Kong’s “Crypto Declaration” has been officially launched. We can give Hong Kong more time and more expectations. But why Hong Kong?

Due to its rich accumulation as an international financial center in history, Hong Kong has gathered a large number of talents in finance, trading, and derivatives innovation. Therefore, Hong Kong is still a paradise for innovation in Defi, Cefi, brokerage, asset management, off-chain asset tokenization, derivatives innovation, and deposit and withdrawal, as well as a gathering place for Web3 hedge funds and venture capital funds.

In terms of Web3 talent, Hong Kong is dominated by financial talent. But there is also good talent accumulation in terms of Web3 product development and operation. Although it is incomparable with the mainland, it still seems to have considerable advantages compared with Southeast Asia and the Middle East.

Despite such doubts, the rule of law system rooted in the common law system still exists. This means that once the legislature issues relevant laws and regulations, the executive department will strictly implement them in accordance with the provisions, and will not change the laws and regulations and enforce them arbitrarily due to the arbitrary interpretation of the executive department. In short, the predictability of regulations is still strong, which is particularly important for Web3 entrepreneurship.

In terms of laws and regulations, Hong Kong does not prohibit digital assets, which is also the reason why Hong Kong has many DeFi and digital asset financial projects. The Hong Kong Securities Regulatory Commission and the Stock Exchange have also done a lot of research on digital asset innovation and supervision, but there are not many regulations implemented at present. According to the principle of no explicit provisions in the law, in theory, the Web3 project can be launched in Hong Kong, but the industry generally has doubts, which will be discussed later.

Hong Kong has a good education system, with many private schools and international schools, and it is easy for children to settle down and go to school. In addition to the purely Chinese environment, the psychological threshold for the migration of Web3 talents from the mainland is much smaller than that for other countries. It can be used as a place of transition or an ideal place of permanent residence.
The Hong Kong government issued the Northern Metropolis Area Development Strategy last year. It plans to build the Northern part of Hong Kong as a metropolis area that is suitable for living, business, and tourism, and takes science creation as the economic engine, relying on Yuen Long, Tin Shui Wai, Fanling, and Sheung Shui. It is expected that the new SAR government will introduce policies to support talent introduction and digital technology development.

Hong Kong has a simple tax system and low tax rates. The progressive tax rate is applicable to personal salaries tax, with the maximum rate not exceeding 17%; The income tax rate for corporate profits below HK $2 million is 8.25%, and the tax rate for the excess part is 16.5%. There is no capital gains tax, shareholder dividend tax, and no tax on income from abroad.

This may be the foundation to ensure that web3.0 takes root in Hong Kong. 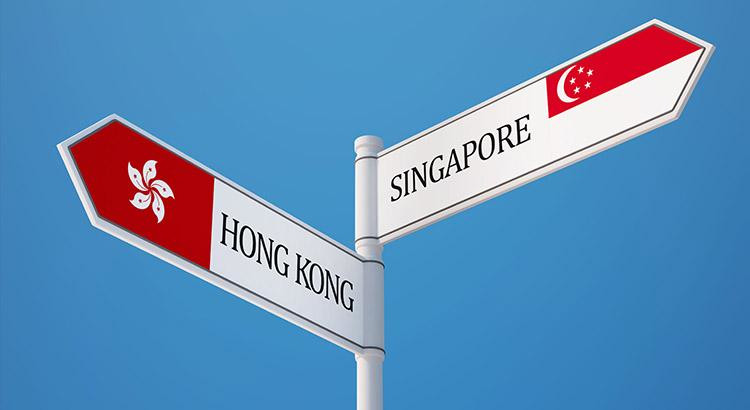 However, in recent years, many ecosystems lost in Hong Kong seem to be flowing into Singapore.

A few days ago, TOKEN2049, Asia’s top crypto conference, was successfully concluded in Singapore, with more than 7,000 participants and more than 2,000 global companies, making it the largest and most attended event in the history of the crypto industry.

While people cheerfully promoted Web3 to develop in Singapore, no one much minded the grand event hosted by Asia Crypto Week in Hong Kong for two consecutive years.

Hong Kong had no choice but to give way, and Singapore took the opportunity to take over. In the Web3 world, the “Battle between Hong Kong and Singapore” in full swing has begun a secret struggle.

From the perspective of development, Web3, which is in a savage growth state, needs an appropriate space for fault tolerance and innovation, and predictable regulatory paths and appropriate management rules are particularly important for its development. Compared with Hong Kong, Singapore has a positive attitude towards encryption and Web3, and vigorously guides industrial development with an open policy.

As for regulatory aspects, Singapore adheres to the principle of risk orientation, innovation and inclusiveness go hand in hand. Through the Payment Services Act, the Crypto Offering Guide, and the Comprehensive Financial Industry Act, Singapore has laid the foundation for crypto licensing and clear responsibilities. It provides an enhanced green light regulatory sandbox for DeFi and other fields. Even if there is no licensing, it can operate legally in an exempt state.
From the perspective of the macro environment, Hong Kong’s concession has also been foreshadowed. After the mainland ban, China’s crypto status has gradually declined, the market has shifted, and the West has grown strong. Superimposed by the Sino-US conflict and the outside world’s doubts about the neutrality of Hong Kong’s policy, the Asian world’s Web3 center has gradually transited from Hong Kong to Singapore, and the trading and capital center has looked from Singapore to the West.

Looking at the overall situation, after several years of the window period, Singapore’s Web3 ecosystem is temporarily superior to Hong Kong’s. From the perspective of cryptocurrency exchanges, there are approximately 47 cryptocurrency exchanges in Singapore. In Hong Kong, FTX has gone far away from the Bahamas. BitMEX and CryptoCom, which once laid out in Hong Kong, also chose Singapore as their foothold. There are only 30 local digital asset trading institutions, which are more well-known than OSL and HashKey. Investors withdraw liquidity from exchanges like Gate.io, which has a positive effect on most cryptocurrency prices.

This year, Asia Crypto Week was held in Singapore, which once again revealed the embarrassing predicament encountered by Hong Kong. 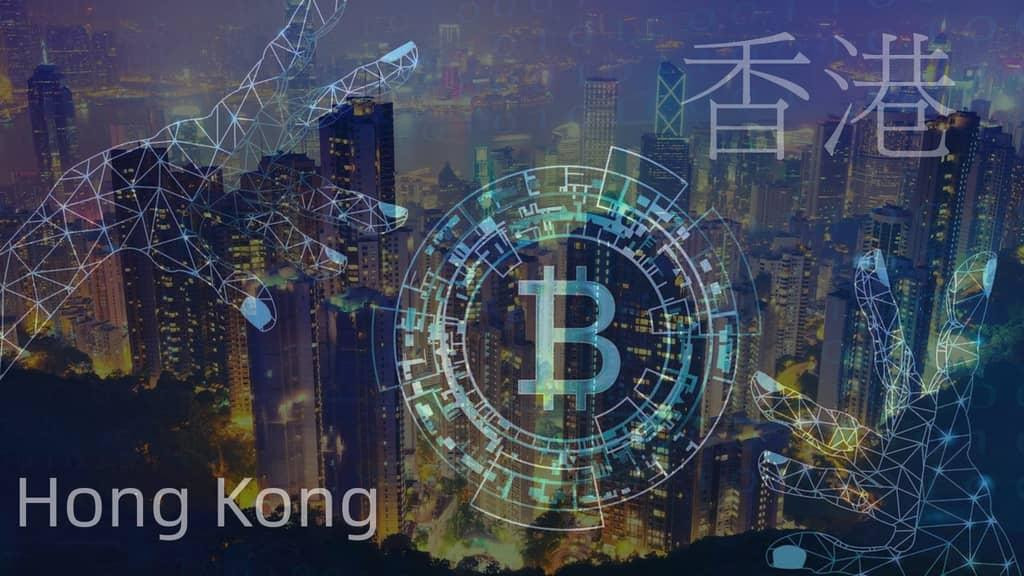 Hong Kong is still the world’s third largest financial center after New York and London, and the trading volume of various financial assets is far higher than Singapore. As one of the fastest-growing regions in the world, Asia has a huge demand for digital assets from institutional investors and high-net-worth individual investors in the region. A large number of investors intend to participate in the digital asset market through Hong Kong financial institutions.

Hong Kong is facing a once-in-a-lifetime historical opportunity. With the historical accumulation of the international financial center, Hong Kong shall seize the opportunity of the influx of Web2 technology talents from the mainland to start businesses overseas. As long as Hong Kong can have the courage to embrace all rivers and make bold breakthroughs in the regulatory framework, it is likely to return to the throne of the Asian financial center through the Web3 revolution!

We look forward to the arrival of spring in Hong Kong again on Gate.io.

Number of Hodled or Lost BTC Coins Touches a 5-Year High to Stand at 7.6M

The Naoris Protocol POV – How will AI affect cybersecurity

The Concept Of Hyperbitcoinization: What Is It?