Nexo is bringing gold-backed lending to all in the blockchain space by accepting NYDFS-regulated PAX Gold as a collateral option for its signature Instant Crypto Credit Lines.

Thanks to this partnership to PAX Gold, Nexo is now the first crypto-lending platform to lend against tokenized physical gold. Accessing the value of gold without actually selling it has up until now been exclusively within the purview of the ultra-wealthy. The sheer amount of gold one had to own in order to use it as collateral is unattainable for regular investors.

Now, however, anyone can do that with gold represented by tokens. Learn more about Nexo’s unique proposition and the world’s first interest-bearing accounts for gold, yielding a staggering 8% interest rate annually here.

Could the recent uptick in the value of gold be an early indication of an upcoming global economic crisis? An alarming 74% of economists now believe that the United States will slide into a recession by 2021. Smart investors everywhere seem to be rushing into gold bullion investment.

With Nexo now liberating gold as an asset class and allowing you to borrow against it, investing in tokenized gold might be a much smarter move on par with BTC investments during turmoil, as it will most likely outperform other assets.

A review of the recent history and the 2012-2013 financial crisis in Cyprus, when BTC price surpassed $1k for the first time in history, confirms that. In fact, BTC gained an impressive 270% in just 16 days in response to the official bailout announcement on 23 March 2013. A similar price surge today would catapult BTC to around $30k, something which more than one BTC proponent sees as only an intermediary step to much higher levels. 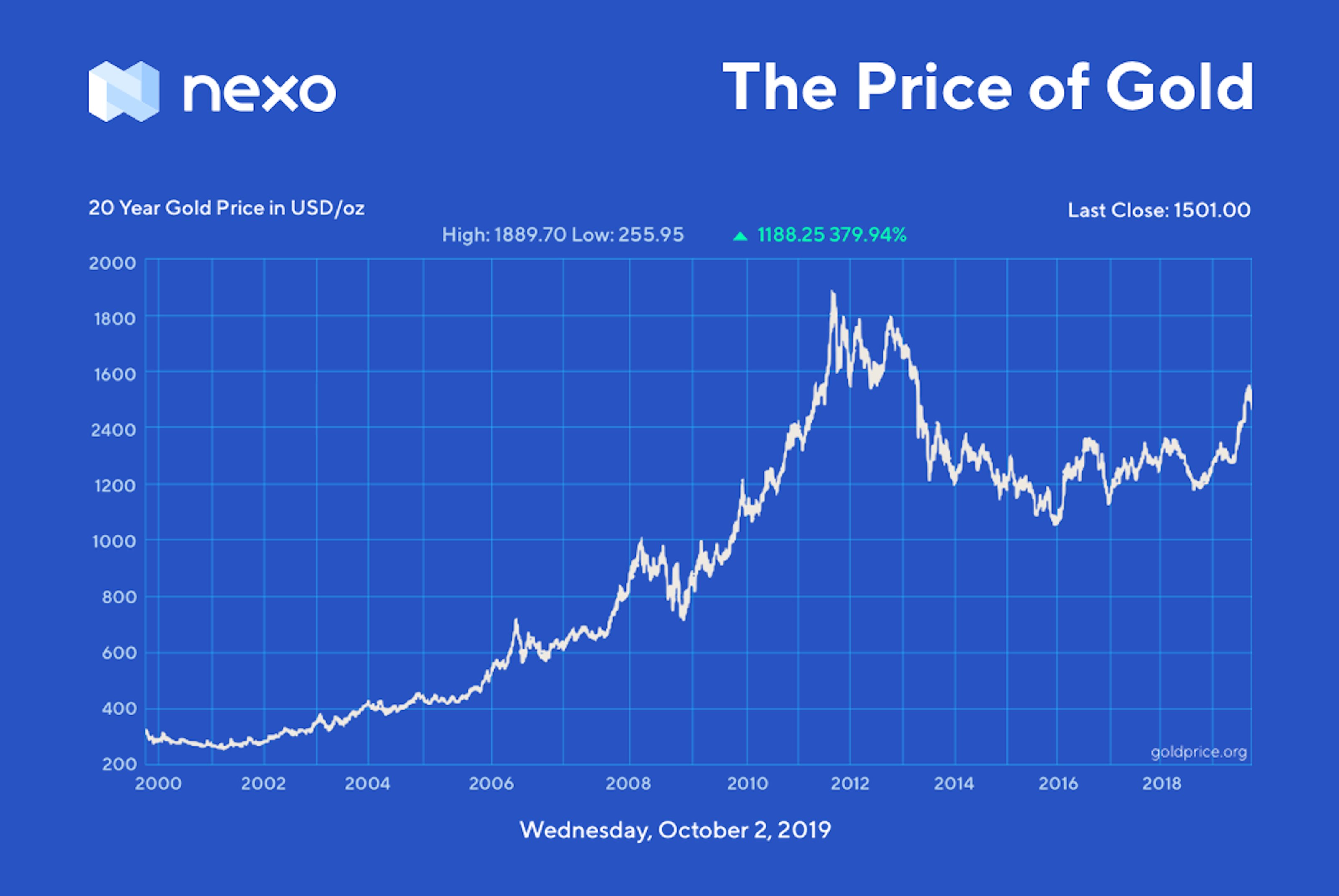 No wonder, considering the recent report from the World Gold Council which states that in 2018 central banks bought a record of 651 tonnes of gold. That is a 75% increase from 2017 and the highest level of net purchases since 1971 when Nixon closed the gold window. Last year, Russia dumped nearly $100 billion worth of U.S Treasuries and replaced much of it with gold, making it the fifth-largest holder of gold in the world. Excessive U.S. sanctions have been pushing other countries to use gold as well. There are even more reasons why gold might be staging its biggest comeback yet. As the Chinese curse goes:

‘may you live in interesting times’

The Tokenization of Everything

In the near future, everything that can be tokenized will be tokenized. The world is likely to adopt the tokenization of securities, commodities and assets due to the security and convenience provided by blockchain. Gold may be the first major asset to see widespread tokenization, but it certainly won’t be the last. 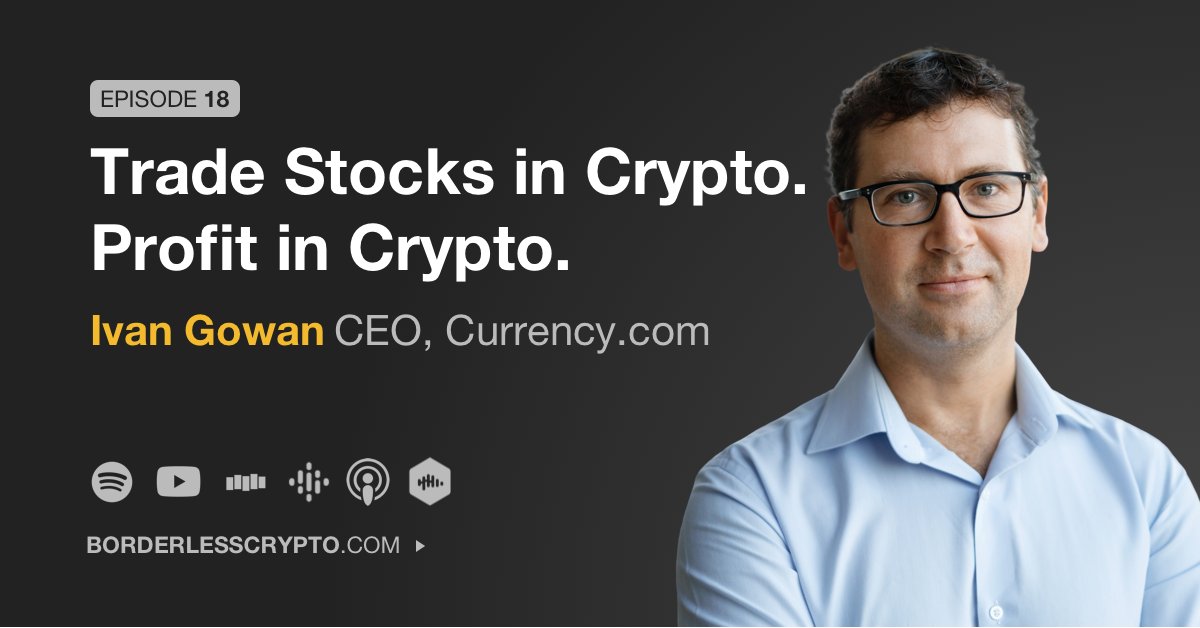 Ivan Gowan is the founder and CEO of Currency.com, the first regulated tokenized securities exchange that allows crypto holders to get price exposure to more than a thousand securities, such as Apple, Facebook and Tesla stocks, government bonds and industry indexes like the S&P 500 and the DAX. Listen to him explain in detail how Currency.com works and how customers can use their Bitcoin to trade and invest in the traditional markets. Borderless Crypto is the podcast where Nexo’s very own George Manolov has conversations with exceptional entrepreneurs, investors, hustlers and thought leaders from the fintech and cryptocurrency space.